restaurants in the world 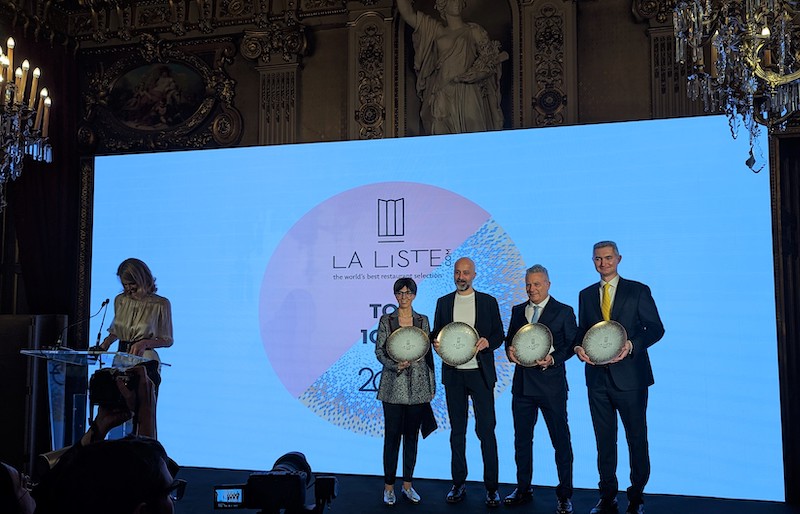 Yesterday, November 28 2022, in the historic salons of the Ministry of Foreign Affairs in Paris, Niko Romito received the Innovation Award by La Liste, the international ranking of the Top 1000 World’s Best Restaurants, founded in 2015 by Philippe Faure, a former French diplomat and ex-director of Gault & Millau guide. This special award acknowledges the innovative chefs or restaurateurs who have pivoted to new and creative business idea.
« Chef Niko Romito has an extremely well mastered model in the Bulgari Hotels & Resorts worldwide. Gifted with an insatiable curiosity, visionary, he has a cooking school, he will open a research centre and dreams about revolutionise the food system. »

In the international ranking, Reale Restaurant obtained the note 97.5/100. Niko Romito was one of the chefs signing the exclusive gala dinner, which took place after the award ceremony and the cocktail, together with Anne-Sophie Pic (Maison Pic, Valence), Régis Marcon (Maison Marcon, Saint-Bonnet-le-Froid) and the pastry chef Narae Kim (Park Hyatt Paris).
With his brigade of Il Ristorante – Niko Romito of Bulgari Hotel in Paris, he presented his famous Lasagna – which is already a must in the French capital – but in a new version, with leeks and black truffle. A dish which well represents his idea of Italian contemporary cuisine, elegant and essential.